Benefits and Principles
of O-RAN Membership

Learn about open
software for the RAN

Read our Statements and Announcements

Learn about open
software for the RAN 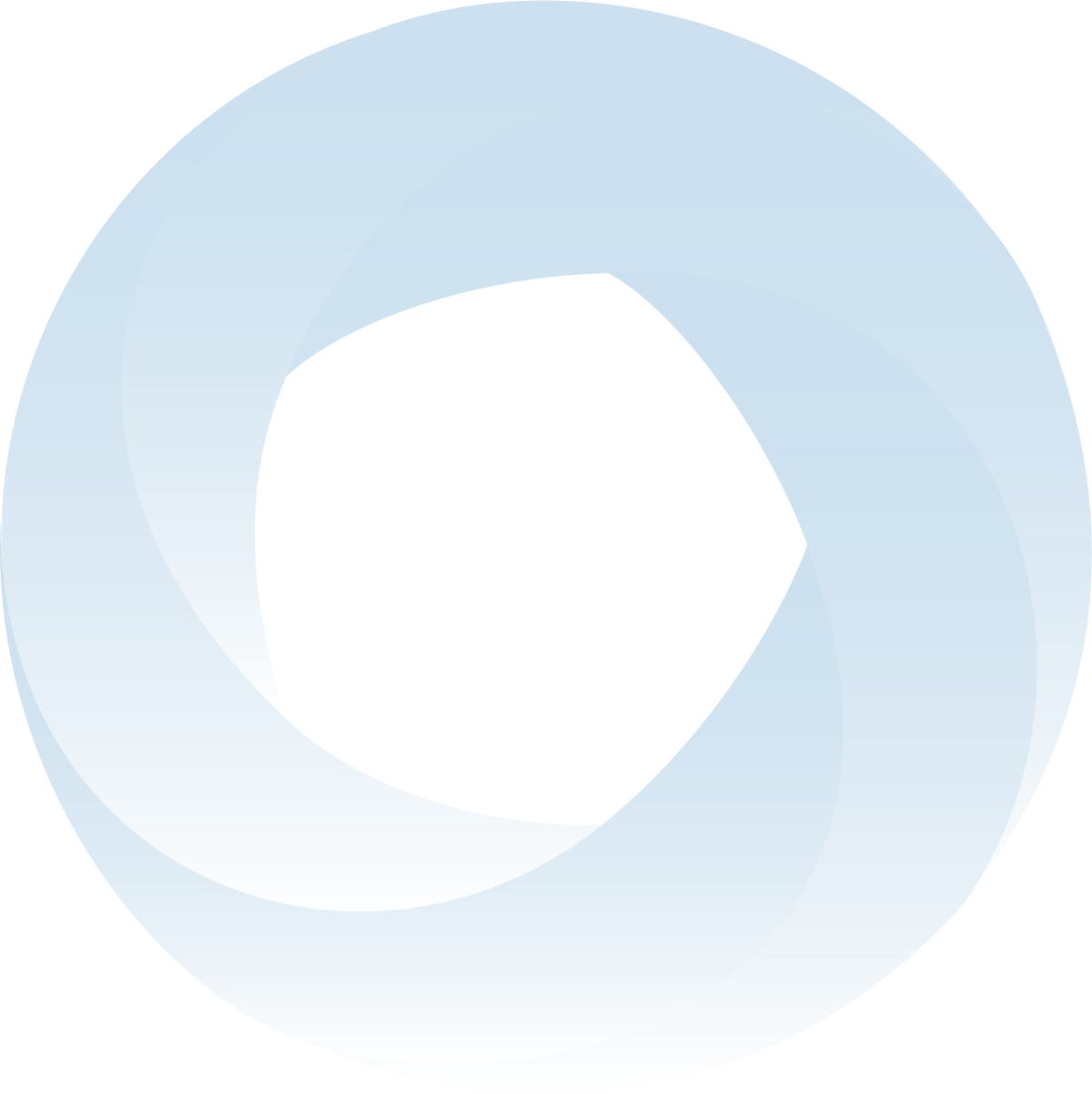 To download a copy of any O-RAN Specification, you must agree to the O-RAN Adopter License Agreement.

BY DOWNLOADING, USING OR OTHERWISE ACCESSING ANY O-RAN SPECIFICATION, ADOPTER AGREES TO THE TERMS OF THIS AGREEMENT.

This O-RAN Adopter License Agreement (the “Agreement”) is made by and between the O-RAN ALLIANCE and the entity that downloads, uses or otherwise accesses any O-RAN Specification, including its Affiliates (the “Adopter”).

This is a license agreement for entities who wish to adopt any O-RAN Specification.

DEFINITIONS
‍
1.1 “Affiliate” means an entity that directly or indirectly controls, is controlled by, or is under common control with another entity, so long as such control exists. For the purpose of this Section, “Control” means beneficial ownership of fifty (50%) percent or more of the voting stock or equity in an entity.

1.2 “Compliant Implementation” means any system, device, method or operation (whether implemented in hardware, software or combinations thereof) that fully conforms to a Final Specification.

1.3 “Adopter(s)” means all entities, who are not Members, Contributors or Academic Contributors, including their Affiliates, who wish to download, use or otherwise access O-RAN Specifications.

1.5 “Necessary Claims” means those claims of all present and future patents and patent applications, other than design patents and design registrations, throughout the world, which (i) are owned or otherwise licensable by a Member, Contributor or Academic Contributor during the term of its Member, Contributor or Academic Contributorship; (ii) such Member, Contributor or Academic Contributor has the right to grant a license without the payment of consideration to a third party; and (iii) are necessarily infringed by a Compliant Implementation (without considering any Contributions not included in the Final Specification). A claim is necessarily infringed only when it is not possible on technical (but not commercial) grounds, taking into account normal technical practice and the state of the art generally available at the date any Final Specification was published by the O-RAN ALLIANCE or the date the patent claim first came into existence, whichever last occurred, to make, sell, lease, otherwise dispose of, repair, use or operate a Compliant Implementation without infringing that claim. For the avoidance of doubt in exceptional cases where a Final Specification can only be implemented by technical solutions, all of which infringe patent claims, all such patent claims shall be considered Necessary Claims.

2.1 Subject to the terms and conditions of this Agreement, O-RAN ALLIANCE hereby grants to Adopter a nonexclusive, nontransferable, irrevocable, non-sublicensable, worldwide copyright license to obtain, use and modify O-RAN Specifications, but not to further distribute such O-RAN Specification in any modified or unmodified way, solely in furtherance of implementations of an O-RAN Specification.

2.2 Adopter shall not use O-RAN Specifications except as expressly set forth in this Agreement or in a separate written agreement with O-RAN ALLIANCE.

4.1 This Agreement shall remain in force, unless early terminated according to this Section 4.

4.2 O-RAN ALLIANCE on behalf of its Members, Contributors and Academic Contributors may terminate this Agreement if Adopter materially breaches this Agreement and does not cure or is not capable of curing such breach within thirty (30) days after being given notice specifying the breach.

Adopter will use the same care and discretion to avoid disclosure, publication, and dissemination of O-RAN Specifications to third parties, as Adopter employs with its own confidential information, but no less than reasonable care. Any disclosure by Adopter to its Affiliates, contractors and consultants should be subject to an obligation of confidentiality at least as restrictive as those contained in this Section. The foregoing obligation shall not apply to any information which is: (1) rightfully known by Adopter without any limitation on use or disclosure prior to disclosure; (2) publicly available through no fault of Adopter; (3) rightfully received without a duty of confidentiality; (4) disclosed by O-RAN ALLIANCE or a Member, Contributor or Academic Contributor to a third party without a duty of confidentiality on such third party; (5) independently developed by Adopter; (6) disclosed pursuant to the order of a court or other authorized governmental body, or as required by law, provided that Adopter provides reasonable prior written notice to O-RAN ALLIANCE, and cooperates with O-RAN ALLIANCE and/or the applicable Member, Contributor or Academic Contributor to have the opportunity to oppose any such order; or (7) disclosed by Adopter with O-RAN ALLIANCE’s prior written approval.
‍
INDEMNIFICATION

Adopter shall indemnify, defend, and hold harmless the O-RAN ALLIANCE, its Members, Contributors or Academic Contributors, and their employees, and agents and their respective successors, heirs and assigns (the “Indemnitees”), against any liability, damage, loss, or expense (including reasonable attorneys’ fees and expenses) incurred by or imposed upon any of the Indemnitees in connection with any claims, suits, investigations, actions, demands or judgments arising out of Adopter’s use of the licensed O-RAN Specifications or Adopter’s commercialization of products that comply with O-RAN Specifications.

LIMITATIONS ON LIABILITY; NO WARRANTY

EXCEPT FOR BREACH OF CONFIDENTIALITY, ADOPTER’S BREACH OF SECTION 3, AND ADOPTER’S INDEMNIFICATION OBLIGATIONS, IN NO EVENT SHALL ANY PARTY BE LIABLE TO ANY OTHER PARTY OR THIRD PARTY FOR ANY INDIRECT, SPECIAL, INCIDENTAL, PUNITIVE OR CONSEQUENTIAL DAMAGES RESULTING FROM ITS PERFORMANCE OR NON-PERFORMANCE UNDER THIS AGREEMENT, IN EACH CASE WHETHER UNDER CONTRACT, TORT, WARRANTY, OR OTHERWISE, AND WHETHER OR NOT SUCH PARTY HAD ADVANCE NOTICE OF THE POSSIBILITY OF SUCH DAMAGES.

O-RAN SPECIFICATIONS ARE PROVIDED “AS IS” WITH NO WARRANTIES OR CONDITIONS WHATSOEVER, WHETHER EXPRESS, IMPLIED, STATUTORY, OR OTHERWISE. THE O-RAN ALLIANCE AND THE MEMBERS, CONTRIBUTORS OR ACADEMIC CONTRIBUTORS EXPRESSLY DISCLAIM ANY WARRANTY OR CONDITION OF MERCHANTABILITY, SECURITY, SATISFACTORY QUALITY, NON-INFRINGEMENT, FITNESS FOR ANY PARTICULAR PURPOSE, ERROR-FREE OPERATION, OR ANY WARRANTY OR CONDITION FOR O-RAN SPECIFICATIONS.

This Agreement is governed by the laws of Germany without regard to its conflict or choice of law provisions.

Adopter, on behalf of itself and its Affiliates, agrees to comply at all times with all applicable laws, rules and regulations with respect to its and its Affiliates’ performance under this Agreement, including without limitation, export control and antitrust laws. Without limiting the generality of the foregoing, Adopter acknowledges that this Agreement prohibits any communication that would violate the antitrust laws.

In the event that any provision of this Agreement conflicts with governing law or if any provision is held to be null, void or otherwise ineffective or invalid by a court of competent jurisdiction, (i) such provisions will be deemed stricken from the contract, and (ii) the remaining terms, provisions, covenants and restrictions of this Agreement will remain in full force and effect.

Any failure by a party or third party beneficiary to insist upon or enforce performance by another party of any of the provisions of this Agreement or to exercise any rights or remedies under this Agreement or otherwise by law shall not be construed as a waiver or relinquishment to any extent of the other parties’ or third party beneficiary’s right to assert or rely upon any such provision, right or remedy in that or any other instance; rather the same shall be and remain in full force and effect.

Thank you! Your submission has been received!
Oops! Something went wrong while submitting the form.

By clicking “I AGREE” you acknowledge that you have read and agree to be bound by the terms of the above O-RAN ALLIANCE Adopter Agreement.

By clicking “I DO NOT AGREE” you will not be given access to the O-RAN specification.
‍

I DO NOT AGREE